Scroll down for the English version

1.Mayumi, let’s start by asking you how did your relationship with photography start.
-It is related to my background. My father and grandfather owned their photo studio to take portraits, anniversary family photos, wedding photos and so on. I have grown up watching their works. They made all customers happy. So I am very proud of their job.
Also, I was about 5 years old when my father started taking me into the darkroom and showed me the attractions of photography. I remember the moment when images floated up in the developer and the acidic smell. I was so enchanted by my father’s printing works I even forgot about mealtime.
After graduating at high school, I decided to go to photography college to learn photography as an education.

2.How would you define the photographer Mayumi before March 11, 2011, and the photographer Mayumi after March 11, 2011? Has anything changed in your personal artistic research after the tragedy of the tsunami?
-March 11, 2011 marks a turning point, I am totally different from who I was before. Before the tsunami, I had worked just as a business. You know, typical commercial works, portraits, my priority was to earn money. It was happy for me to have a conversation with customers. But there was no space for artistic work.
After 2011, I have started to take photos as a record. Also, I have taken over my father’s works which is making ‘graduation album’. I still had no idea on how to do any artistic work at that time. I was desperate to follow his works. In May 2011, I had a chance to exhibit at a gallery in New York as a volunteer member. It was the first time I had exhibited aboard. Many people could share my story, I felt a sense of responsibility like “I have to tell my story to the world”, so I decided to be a documentary photographer.

3.When did you understand, or feel, the necessity to start a personal artistic project on what happened to your life after the devastation caused by the tsunami?
-During a workshop with Yumi Goto (founder/curator of Reminders photography stronghold) in May 2016, She and other participants asked me “Why you don’t you tell own your story?”. This was a great suggestion for me. At first, I wanted to tell another’s family story and history, not mine. This was the good turning point of my project.

4.The Restoration Will is a very touching project. Where did you find the strength and the will to star over, rather than trying to forget, and to confront directly the most painful phases of what has changed in your life and in the life of many other people?

-I don’t think that I found the strength yet. The answer is same I have given in the previous question. I had learned many things in the workshop, not only about photobooks but also mental things.

5.How did people, not just photo book lovers or photo specialists, react to the book? Have you noticed any differences in the reactions of those who had directly lived the tragedy and those who had lived it only from far away?
-I’ve not found any remarkable difference.I think most people have grief or tragedy or similar thing, regardless of age, nationality, and gender. For victims/survivors (of course, they are my friends, neighbours) sometimes it seems too hard to watch my book, but they totally understand it without any comment. You know, most Japanese people are very quiet. We don’t talk too much about tragedies to each other.

6.How did you involve in the project the people living in Onagawa, if you’ve done so? Did you find any difficulty?
-It was not difficult. When I need subject on the landscape, I ask my friends top pose as models. I always tried to explain my project and tell the merit of joining it. For example, “Through this project, WE can make future memories of Onagawa together”. As an example, at the end of the book you can find a map and a snapshot.
When you turn turn the page, you can see the undamaged snap which I restored by myself in 2017, this is not an original photo. The two girls are not my sister and me! They are my neighbour’s daughters. I showed the damaged snap to them and asked “do you remember this street, right? Would you help me restore the memories of my project?” this action is also connected to rebuilding the new community.

7.Was “The Restoration Will” already a book in your mind when you started the project? How did your passion for photobooks start?
-No, I didn’t have any idea of how “The Restoration Will” would turn out. During Yumi’s workshop, I tried to edit photos as a visual language, to make a narrative, to have a clear picture of the story little by little, I wanted to recall the existence of photo studio on my book.

8.How did you meet the wonderful ceiba editions?
-Actually, my two Japanese friends had been published by Ceiba editions before. Both books are as objects. So I was dreaming to work with Ceiba. Last year (in June 2017), there was photobook competition in Photolux (the name is Photoboox), supported by Ceiba, so I aimed to win it.

9.The Restoration will contains the will to talk about loss and the need to go on without forgetting, and it is, therefore, a project that talks to everybody with a universal language, because everyone has, at any title, experienced a loss at some point of his/her life. Did you receive any feedback from people who felt this universal meaning and shared his/her personal experience with you?
-Of course, I remember one good feedback in Lucca on November 2017.
The family came from Rome, we met on the street during photolux. They talked to me suddenly ” Are you Suzuki? We just watched your exhibition! It was so emotional”, the father said. And daughter and mother said, ” we are talking about how much importance of family”. They were so lovely. I hope the people tried to talk to family, loved ones, close friends, after watching.

10.What are you working on right now? Are you already working on a new future project or is your mind still on The Restoration Will?
-I’ve started my new project about the history of my town. Each generation has a disaster caused by the tsunami. My curiosity is why people are so strongly connected to a homeland that is rough on and even dangerous for its people and what makes people stay and rebuild their lives over and over again.

11.Will you keep reflecting on the consequences of the tsunami in your personal work?
– Not really. The tsunami is my trigger, not a core of my interest. I prefer to human dignity or the afterlife (afterworld?). 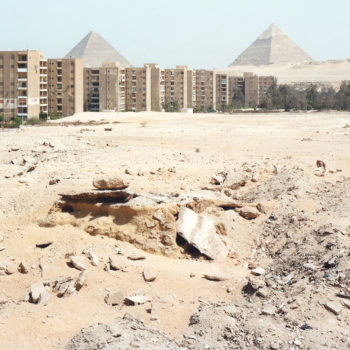